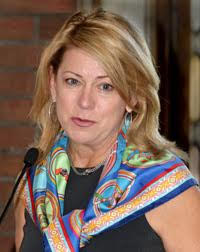 Shari Bryan is vice president of the National Democratic Institute (NDI). She joined NDI in 1998 and served as senior associate and regional director of the Institute’s democratic programs in Southern and East Africa from 2001 through early 2008. Ms. Bryan has been actively involved in law, international development and foreign affairs since 1988 and has traveled extensively throughout the world. She has conducted assessments or missions to more than 50 countries during her tenure at NDI, and played a key role promoting democratic assistance programs in Africa; conceptualizing and organizing projects on political party finance, governance and HIV/AIDS; and increasing the role of legislatures in overseeing the extractive industries. Before joining NDI, Ms. Bryan served as an attorney in the former UN Trust Territory of Palau, where she worked on negotiating the Compact for Free Association in 2004. She also worked as an attorney for the United States Attorney General’s office and with the United States Agency for International Development (USAID).

To listen to Shari Bryan speak at the 2020 Sustainability in the Extractive Industries (SITEI) Conference, please click here to register.